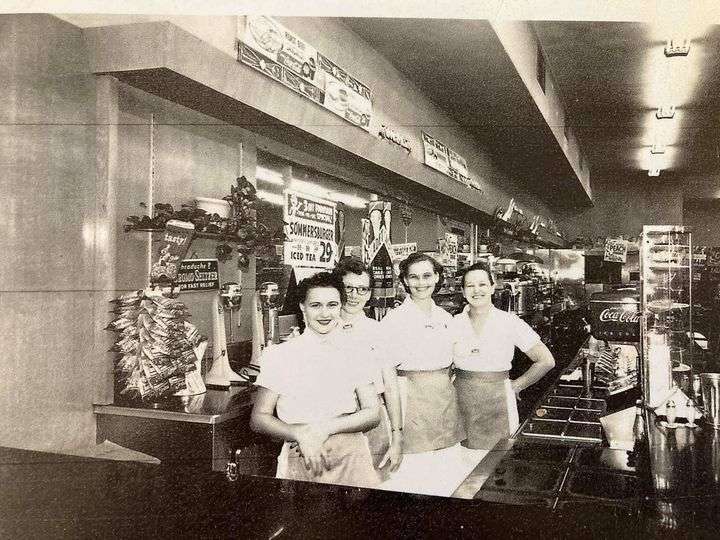 I’ve been working since I was (almost) 14 years old. I started a little before my 14th birthday. My first job was at the soda fountain in a Sommers Rexall Drug Store in the Stadium Shopping Center in Beaumont Texas. Grandma got me that job. I wore a white uniform dress. My grandmother gave me an old one of hers which I altered to fit me – more or less. She was several inches shorter and quite a bit wider than my almost 14, going on 20 self. That was the summer I was sprouting up and blooming out in new places.

The drugstore was right next to a barber college. Everyday day at lunch the guys from the barber college would come over, line up in the counter seats and order sandwiches and ice cream sodas. They were a rough-around-the-edges bunch of “older” guys.

Ice cream was stored in large five gallon buckets in a counter-high freezer. Leaning over and scooping from the bottom of the bucket hiked up my uniform and gave the guys something to focus on in the mirror that lined the soda fountain wall behind me. There was a big uptick in ice cream sales that summer at the Rexall.

After I realized what was going on, I became self-conscious and started coming to work and going straight to the back to wash dishes instead of waiting on customers. I did this for several days and got away with it until the much older black woman, Ms. Evelina, who worked in the kitchen told me I couldn’t any more. My feelings were hurt but when I told my grandmother she explained that the woman who worked in the kitchen couldn’t come out of the kitchen to wait on customers. Because she was black. So when it was just the two of us I had to wait on the customers. I knew that was wrong and felt bad I’d stepped on Ms. Evalina’s toes, so I went back to work waiting on customers. Even more self conscious than before.

I grew to accept that nasty jokes and snickers and invitations and innuendos and racism were just a part of work. You went in, did your job, grateful for the counter between you and the creeps. And grateful for the paycheck. Thirty-five cents an hour.

I started calculating how to get myself into a position to not have to deal with nasty jokes and unwelcome invites and not to have to accept people relegated to a role because of race. I had no idea how to go about escaping all that, but I thought geographic adjustment might be a part of the answer. I left Beaumont at 18.

In my early twenties I went back for a few weeks in the summer to work in a children’s home and stayed with my grandmother. She had a real hissy fit when she “found” a Ms. Magazine in my suitcase. I heard her on the phone with her church lady friend, Edna. (Which she always pronounced “Edner”) “She’s a hippie now and she’s got that ole M.S. (spelled out) magazine with her”. A “libber” too!

All my grandmother’s ideas about morality came from her Baptist church and the Sunday night Billy Graham broadcast which aired before or after “Heehaw” and “The Grand Ole Opry”. All right before the Lawrence Welk Show. My grandmother wanted me to be saved by Billy, look like the Andrews Sisters, and bring home someone pastel like the Everly Brothers. I was channeling Janis, looking for Jimi, reading Ms. and Be Here Now.
We were a bit incompatible as roomies.

*pic – my Grandmother on right. I’m not in this one.

5 self promotion ideas for introverts 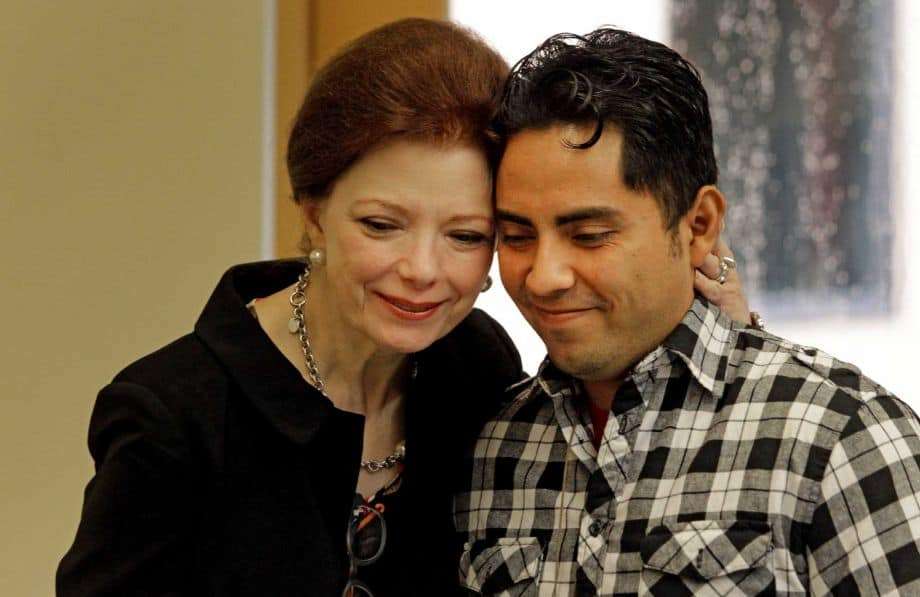