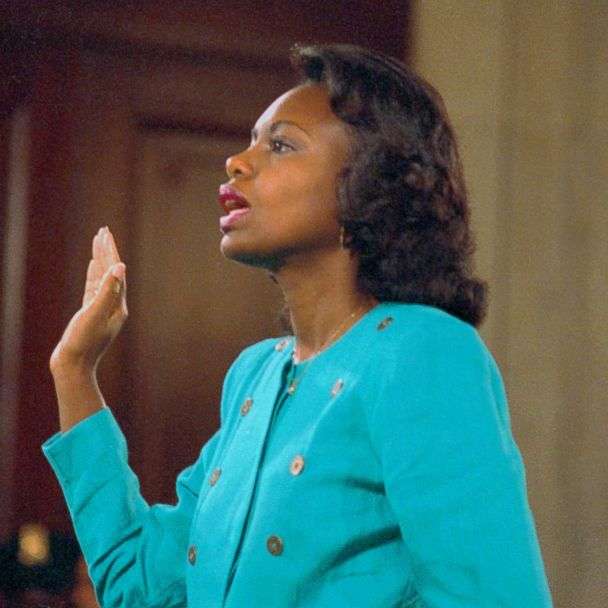 It was this woman, in 1991, that saved me – and many others. And the legislation that followed that allowed us to write workplace rules against what most women I knew took for granted would happen. We didn’t call it “sexual harassment”. It was just work.

It was her calm demeanor. Her unshakeable, clear-eyed recitation of what she found unacceptable and wrong, in the face of derision, hate, and disgust, that made her my hero. When she spoke about behavior that she knew was wrong, it told me what the standard should be. Before Anita Hill, my standard was whatever I could survive. I have a VHS tape in my desk drawer. Just one. Of her testimony before a hateful, disrespectful group of men who intended to demean her. They did not succeed. Every woman I knew had a story like the one she told – or one much much worse. We believed her.

We mostly didn’t quit our jobs when it happened. Because we had to work and if we went to work somewhere else – well, it wasn’t going to be any different. We would sometimes warn one another. And we mostly told no one in authority because the people in authority were mostly men and they didn’t want to hear it. At all.

And perhaps this is a sadder fact. We all did so badly want these men, many of them gifted, talented, powerful, to wake up. To get it. I still want that. I do not relish seeing them destroyed. I’d sooner see them redeemed and compelled by their own conscience to make restitution. To deal with the pain that makes you take what’s not yours and steal what you don’t think you’ll ever be given.

But ultimately many battles have been fought and many voices have called out this form of oppression- and we are going another round now. I wonder what will be learned this time and by whom.

For my sisters…actual and acquired